NKT cell-targeted cancer immunotherapy is a treatment method that targets the cancer patient's own NKT cells with the aim of activating them.
Antigen presenting cells (APCs) are isolated from the patient's own peripheral blood, after which pulsed culture with NKT ligand is carried out at the Cell Processing Center. The product, an autologous cell formulation, is administered intravenously to patients as cellular and tissue-based products. Research on and development of the allogeneic cell products are ongoing which try to differentiate APCs from induced pluripotent stem cells (iPSs), etc., and then to activate NKT cells by pulsing them with NKT ligand.

When APCs presenting NKT ligands are administered to patients, NKT cells within the patient’s body recognize the ligands, and produce large quantities of cytokines such as interferon-γ (IFN-γ), resulting in activation of other immune cell types: 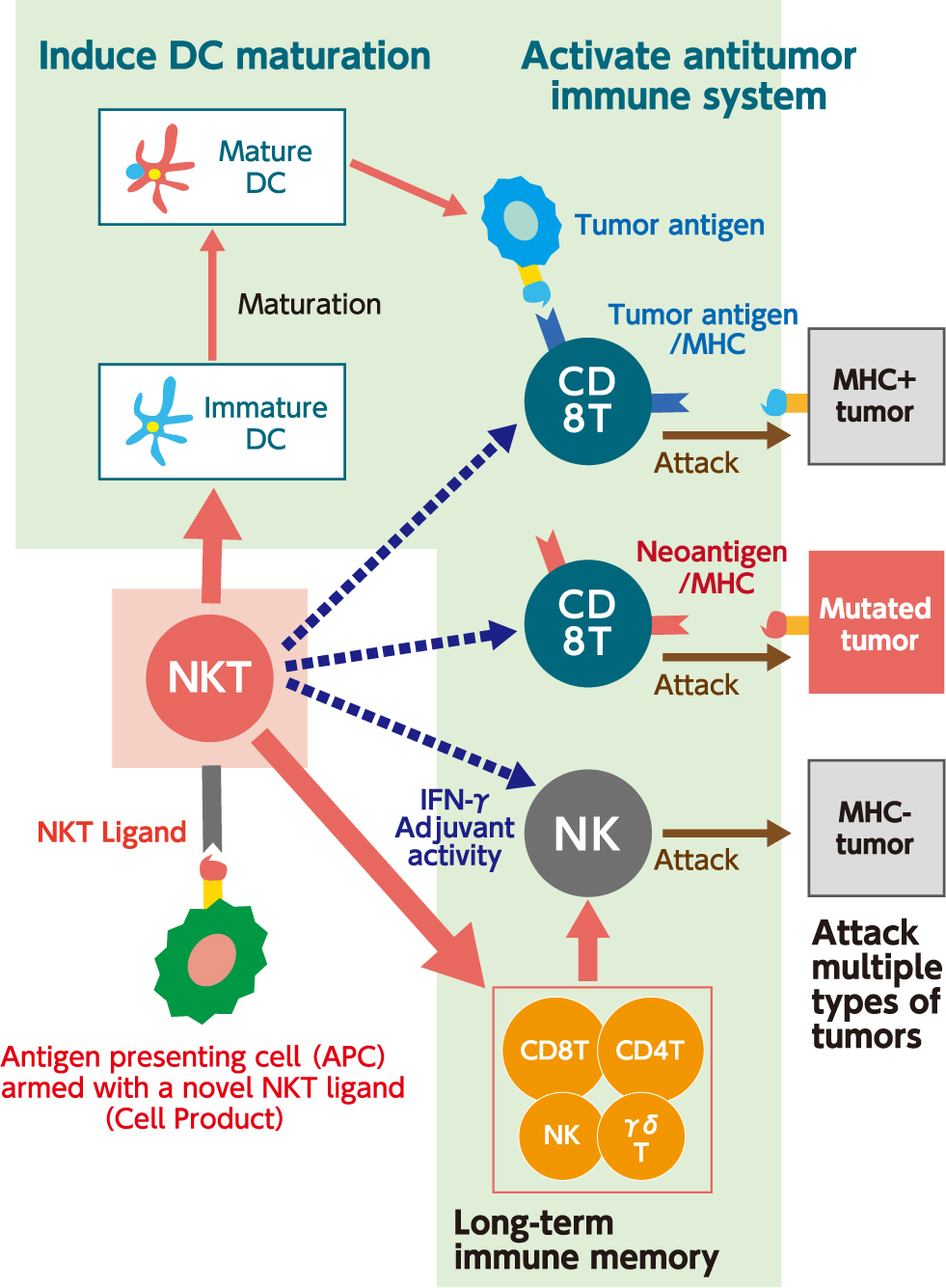